I had to create a prototype project to show the capability of controlling a Arduino rig remotely using tweets. This is based off my previous post titled Send commands to Arduino using Python from Twitter where I go into the detail of defining this project using Python and the Arduino.

The client request was to control two vending machines in both Perth and London using tweets. Obviously this is a simple operation using Arduino and Python. This little box shows that off quite nicely.

I created a small wooden box to house the prototype and expanded on the Arduino side of the project to include a piezo for beeping fun and 5 LED lights.

Now I have this awesome little wooden box sitting on my desk waiting for commands from Twitter. It accepts tweets containing #threefold.

To decrease the size of the project and it's reliance on a computer, I just used a Raspberry Pi to run the Python script but as mentioned in my previous post, I'm probably going to make use of a Twitter library and a WIFI shield on the Arduino and perhaps make use of a rechargeable battery pack connected to a solar panel or connected to the vending machines power. 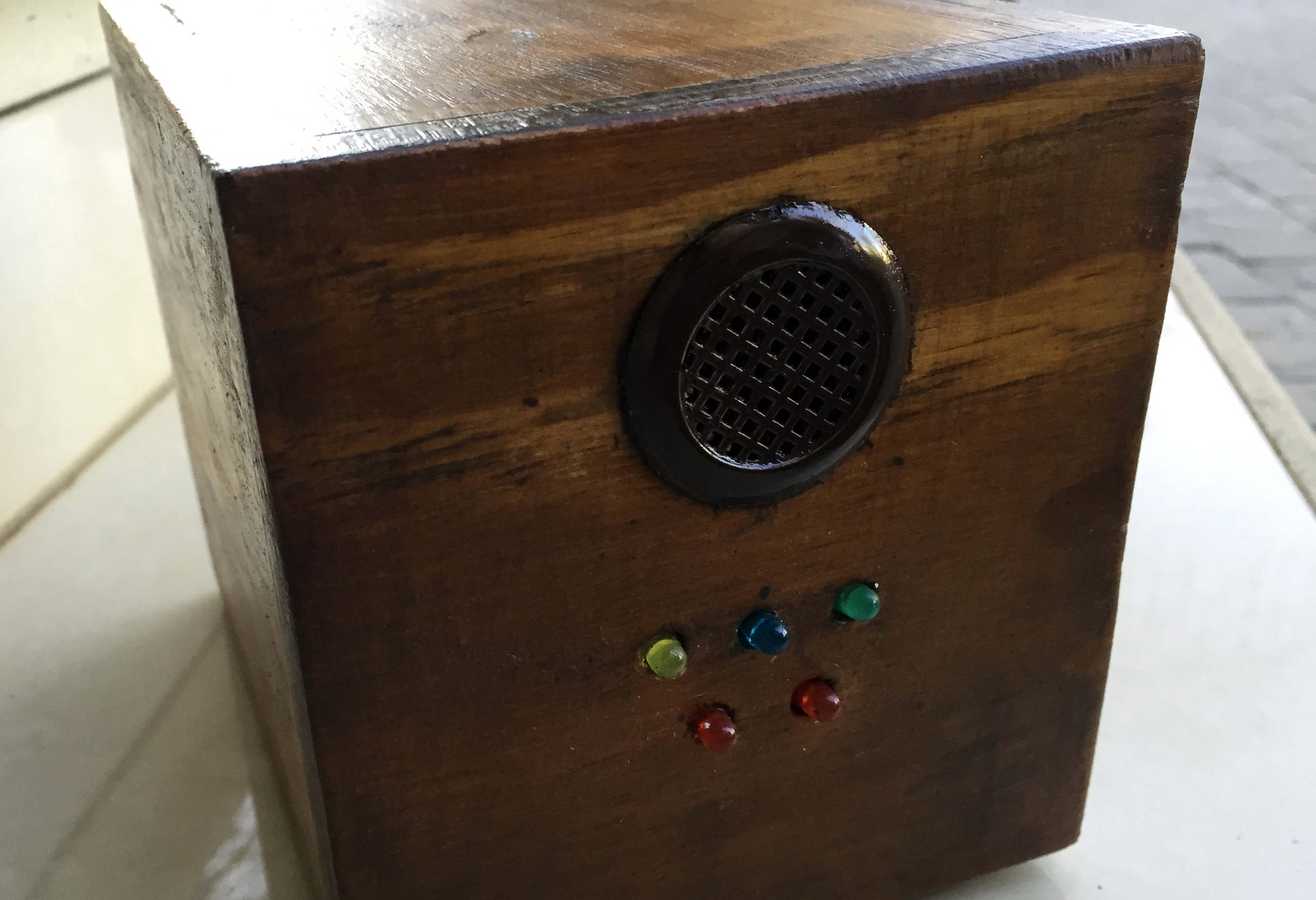